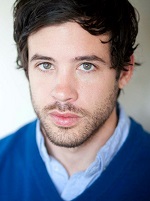 Brendan is excited for the opportunity to guide young filmmakers at Writopia Lab as they begin their own cinematic journeys with their unique voices. His own love for cinema began when he was in middle school! He’s a graduate of the North Carolina School of the Arts, School of Filmmaking, where he studied Film Directing and has taught film to younger generations at their summer camps. He’s written and produced critically acclaimed independent films including Dance Party USA, the Spirit Award-nominated Quiet City, and Cold Weather. In 2013, he co-wrote and produced the short documentary, The Great Imposter, as part of ESPN’s 30 for 30 series. It was among the group of documentaries awarded a Primetime Emmy in 2014 for Outstanding Short-Format Nonfiction Program. Brendan is currently developing projects for film and television.