Writopia’s Winter 2018 Youth Essay Conference was hosted by the Center for Experimental Humanities at New York University. The event was held at NYU’s Silver Center for the Arts and Sciences on February, 4th from 1:00pm to 4:00pm.

At this conference, the next generation of thinkers, writers, and leaders shared the ideas and research that they are most passionate about with a panel of their peers and the community at large. The panels formed organically from a pool of critical essays we received from writers ages 12-18 from all over the New York Tri-State area, which highlighted the concerns and commentary of the next generation. 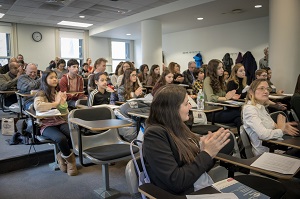 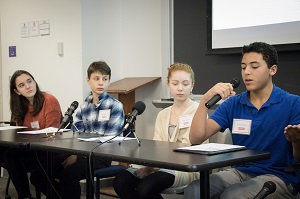 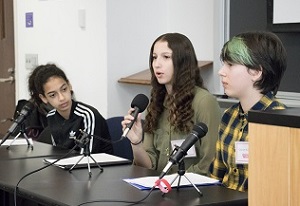 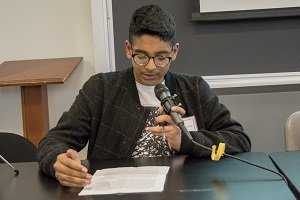 Dinah’s Voice Must Always Be Heard; A Speech Examining Vayishlach (Genesis 34) Through A Feminist Lens by Galaxy Scheuer

The Benefit of Female Education on the World by Maleeha Rahman

Change and Continuity in Apocalyptic Thought by Ella Berg

The Vietnam War by Allie Smithie

Columbus Day: The Genocide of Thousands Day by Heidi Forbes

The Dilemma of a Debater's Moral Integrity by Talin Schell

A Mindful Macbeth: How "Hand" is used in Macbeth to represent a Relationship Between Mind and Body by Delilah Shapiro

The Murder of Mary Phagan: Race and Class Tensions in Atlanta in 1913 by Eve Cohen

Whitewashing: Bringing Color to the Screen by Jared Klegar

To Be Free by Arjun Mazumdar

The Dangers of Stereotyping by the Media by Mayeesa Rahman

Work of Tomorrow by Noah Phillips

You Could Be Next by Jasmine Berger