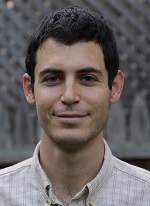 Ben Zuckert is a Brooklyn-based filmmaker who has taught creative writing and screenwriting workshops with Writopia Lab since 2018. His first feature film, Larchmont, premiered at the Twin Cities Film Fest in 2016. His second feature, Noah Wise, screened at festivals in 2018 and 2019, including the Hof International Film Festival in Germany as well as the Durban International Film Festival in South Africa. He's helped develop screenwriting games for Writopia writers and has been recognized by the Scholastic Awards as an "outstanding educator whose dedication, commitment, and guidance are represented by student work selected for national honors."