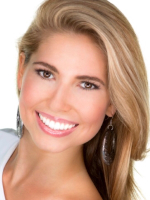 Nicole Flippo is thrilled to join the Writopia Lab family! She is currently an MFA in Writing candidate at Sarah Lawrence College, as well as the Blog Editor of Lumina. She received her BFA in Dramatic Writing with a minor in Creative Writing from New York University. Her short fiction has appeared in Grimm Tales. Her scripts have received awards with the Bare Bones International Film and Music Festival, Fusion Film Festival, Oklahoma State One Act Festival, Oregon Short Film Festival, Talent Factory’s Script and Storyboard Showcase, and Tulsa City Smashers. Previously, she worked in production on Comedy Central’s Inside Amy Schumer. She was also a primary cast member on WNYU’s American News Now (seasons 1-3).