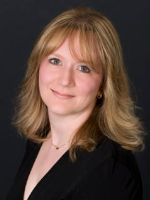 Kristi is thrilled to join the Writopia Lab team as a creative writing instructor. She is the best-selling author of more than a dozen novels for both adults (writing as Kristina Cook) and teens (writing as Kristi Cook). Her YA debut, Haven, was released by Simon & Schuster/Simon Pulse in 2011, was a National Readers Choice Award finalist for Best YA novel, and was selected by the International Reading Association as a 2012 Young Adult Choices novel. Kristi's other YA novels include Mirage, Eternal, Magnolia, and Mischief & Magnolias. Kristi has taught creative writing classes for both teens and adults at Sarah Lawrence College and the Center for Literature and Theatre at Miami-Dade College, as well as leading workshops at libraries and conferences nationwide. Kristi earned a B.S. in History (with a minor in English) from the University of Southern Mississippi. She lives in New York City with her husband and two college-aged daughters (when they're home from school, that is).

About our Sliding Scale Tuition

Writopia Lab is a 501(c)(3) nonprofit that operates with limited resources, relying heavily on support from the community to sustain our programs--over 85% of our funding comes from the community in the form of tuition. Because we know there are families who cannot pay the full tuition, we have created a sliding scale for our tuition. While we don't require supporting documents to demonstrate your financial hardship, we do ask that families pay as much as they can afford to pay; this is what enables us to offer our workshops to families in more difficult financial situations.

Writopia Lab's fees cover the expenses of running a workshop program and allow us to provide generous scholarships and flexible sliding scale fees. We will not be able to offer honor-based sliding scale discounts to those in need if those who can afford the fee choose to pay a discounted amount. If you wish to support Writopia Lab, please make a donation to help families afford our services.

Applying for a Scholarship

We never turn away a family because of their inability to pay. Writopia Lab offers need-based scholarships to many students. If you require additional tuition assistance beyond the sliding scale, please send your latest tax returns and a brief statement of need to financialaid@writopialab.org.

Can You Sponsor Another Writer?

We never turn away families because of their inability to pay for workshops; by sponsoring an additional student, you help us further our mission of fostering joy, literacy, and critical thinking in children and teens from all backgrounds through creative writing.

To do this, select “Sponsorship” in the tuition dropdown menu. This payment will cover your workshop fee and sponsor an additional young writer in need. Thank you!