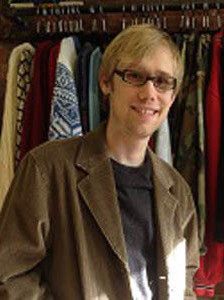 Alex Henderson has enjoyed working with young Writopians since 2012. Originally from North Carolina, he has lived in Prague, CR, and Washington, DC, where he was awarded the Thesis Fiction Fellowship by the MFA program at George Mason University. He soon made the leap to New York City and Writopia's headquarters here, where you can now find him most days of the week (sometimes it's hard to get him to leave). Alex spends his free time riding the subway with a notebook balanced on his knees or figuring out how to re-arrange the bookshelves in his Brooklyn apartment. His fiction has appeared in Harper-Perennial's Fifty-Two Stories and Ekleksographia. He will listen to anyone tell a good story.