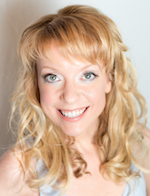 Rachel Kay Barclay Prabhu has been teaching with Writopia Lab since 2012 and has had the pleasure of working out of four Writopia Lab regions: Washington D.C., Manhattan, Brooklyn, and now the Bay Area. Rachel has an MFA in Dramatic Writing from the Catholic University of America and a B.A. (magna cum laude) in English and Theater with a minor in Creative Writing from Arcadia University. Rachel was the recipient of the Kennedy Center’s JFK National Playwriting Award and a finalist for the National Partners of American Theatre National Playwriting Award. Her plays have been produced across the United States and beyond in cities such as London, New York, Washington DC, and Philadelphia. She is the creator, writer, and producer of the comedic web series, Human Telegraphs, and her work has been selected and premiered by film festivals, such as DC Shorts, at the National Constitution Center.