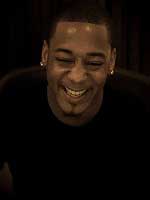 Kerry Blu is so happy to explore this amazing opportunity with Writopia Lab. He is a Rapper, Songwriter, Producer, Actor, Dancer, and Columnist living in Brooklyn NY by way of Winston-Salem N.C. After high school, Kerry majored in Theatre and Dance performance at Appalachian State University. Hip-Hop soon became an intricate part of his artistry and expression and in 2012 he made the move to NYC to develop the craft of song writing and stage performance. Since that time he has produced over 20 musical concerts and performed in over 40 musical concerts as a solo artist; including shows at Webster hall, the Fillmore, Santos party House and SXSW music Festival 2016.