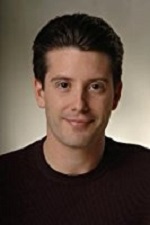 Justin Allen is excited to be an instructor at Writopia Lab. Justin is the author of two novels, Slaves of the Shinar and Year of the Horse. He is also the author of three plays. Murder at the Masque: The Casebook of Edgar Allen Poe and Gilbert and Sullivan, The Ballet! were both commissioned and produced by Dances Patrelle. The Beatitudes was commissioned by Eidolon Ballet in Concert and was produced for the 2010 New York International Fringe Festival. Justin is curently formulating a new script, which he wants to call Superhero: The Legend of the Lightning Defender. Justin earned his MFA at Columbia University and studied Comic Book Scripting at the Savannah College of Art and Design. He loves fantasy and science-fiction, mystery and alternate history, love stories and comic books, and he adores work that defies classification. He has taught writing as a part of the Columbia Writing Workshops at Bank Street College of Education, led a seminar focusing on graphic novels and comic books at Bethesda Academy, and spent years as a children's ballet master in New York City. He looks forward to reveling weekly in the work of the talented and creative young writers that make Writopia Lab a special place.