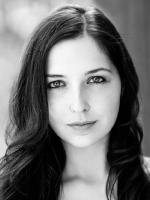 Samantha has been involved with Writopia Lab in various capacities since its inception in Rebecca's studio apartment in 2007 and is so excited to now come onboard as an instructor. Having begun her Writopia journey as a student and later having worked as a WriCampia counsellor, Samantha has witnessed first-hand the incredible impact Writopia Lab has on its young writers and is a passionate believer in its mission to empower children and teenagers through the medium of storytelling.

Samantha’s own writing career kicked off when she was 11 years old when a short story of hers was published in the Anthology of Short Stories by Young Americans. She has since gone on to write essays and opinion pieces that have been published on websites such as Girl With Pen and Forbes.com. After attending drama school in Boston, Samantha graduated with a BA in English Literature with Journalism from the University of Sussex in the United Kingdom. Samantha now lives in Bath and has most recently been working with high school students on short story and essay writing while completing an MA in Law.