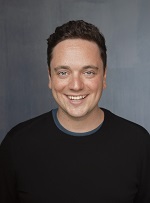 Arthur Meyer is VERY HAPPY (yes, all CAPS!) to join Writopia Lab. Based in NYC and originally from Wilmette, Illinois, he is an Emmy-nominated-but-incidentally-not-Emmy-winning-but-hey-that's-okay-he's-come-to-peace-with-it writer. From 2012 through 2019, he was a writer and a performer at Late Night with Jimmy Fallon and The Tonight Show Starring Jimmy Fallon. Prior to that, he was a long-time contributing writer to The Onion, and he also wrote for The Onion News Network TV series. With his sketch comedy groups Pangea 3000 and Two Fun Men, Arthur wrote and performed in five full-length shows at the UCB Theater. He has also performed at the New York, San Francisco, Portland, Austin, Chicago, Toronto, and Washington D.C. sketch comedy festivals. His UCB solo sketch show, "Arthur Meyer: Rock and Roll" was named Time Out Magazine's Best Sketch Show of 2013. Arthur is one of three creators of the fake takeout menu FUDS, as well as a co-author of the book FUDS: A Complete Encyclofoodia. Arthur has also appeared on the TV shows The Late Show with David Letterman, High Maintenance, and Shrill, and he had a lead role in the 2012 Worldwide Pants-produced We Made This Movie. It's possible that Arthur was destined to lead a workshop for young writers because his biggest credit was as a member of the three-sibling Wilmette living room-based sketch comedy show Meyer Kids' Night, performed to his parents weekly. Arthur loves comedy writing and loves people, but he does not love getting attacked by sharks.