In the early 2000s, journalist Rebecca Wallace-Segall began leading creative writing workshops at New York’s Abraham Joshua Heschel School. She was, unknowingly, developing a program that would go on to teach hundreds of children across the United States how to write creatively. 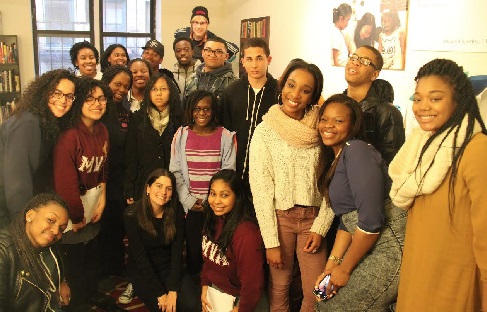 After leaving the Heschel School, Wallace-Segall used the curriculum she developed while there to found Writopia Lab in 2007. The New York-based not-for-profit organization, which celebrates its 10th anniversary this year, is now national, offering creative writing workshops for writers as young as 4 across 5 U.S. cities, in addition to running retreats and a yearly sleep-away camp. On any given day, you can find schoolchildren spending their after-school hours at one of the Writopia Labs, swapping stories and fishing for feedback. Wallace-Segall, currently the organization’s executive director, said that the program speaks to young writers who may not have an outlet for creative writing in their own school.

“This is a space where kids come to write and reflect and share, everything from absurdist fiction to political writing,” Wallace-Segall said in a phone interview. “It all happens here.”

Wallace-Segall had begun working as a journalist in 1997, contributing op-eds to such outlets as The Wall Street Journal, The Huffington Post and The Atlantic while writing about education and children’s issues for the Village Voice. After nearly eight years, she left her post at the Voice to pursue education, though she wasn’t sure if her divergence from professional journalism would be permanent.

“I didn’t leave journalism — I only wanted to take a break. I was writing a lot about kids and kids’ issues, but I wasn’t actually hanging out with children that much,” Wallace-Segall said. She was working in schools across the city as a resident writer with Teachers & Writers Collaborative when she was asked to help at the Heschel School. Initially, she began doing creative writing exercises with a small group of students who were less engaged by the school’s curriculum, encouraging them to submit their work to the Scholastic Art & Writing Awards. She said the program was so much fun, and yielded such positive results, that the following year it was expanded to include the entire middle school.

“That’s when I went through my identity crisis,” she said, laughing, recalling her decision to commit to running the program. “I was getting to know [the kids] on an intimate, beautiful level and helping them write these deeply personal pieces. I was totally in it.”

When her time at the school came to an end, Wallace-Segall sought to make the program available to a more socioeconomically diverse group. Several of the Heschel School’s parents, invigorated by their children’s success, supported the founding of what eventually became Writopia Lab. Thus began a decade-long tradition of inspiring students to develop fiction, memoirs, poems and plays through workshops intended to be both fun and productive.

Wallace-Segall’s own work as a journalist helped her develop Writopia Lab’s creative model. “As a journalist, it was all about listening to people and trying to capture their stories,” she said. “That’s what’s defining about Writopia: We’re listening to the kids and helping them figure out who they are.”

She referred to the not-for-profit’s approach to teaching as “deadline-oriented.” Writopia Lab staffers encourage their students to submit work to publications each month, which Wallace-Segall said helps motivate them to write at their highest level. Thus far, that tactic has seemed to work; in 2016 alone, Writopia Lab students earned over 100 publications and awards from external outlets like the online journal “Teen Ink.”

“It’s that same high energy of journalism that I loved, but it’s also this deep, fun, interpersonal work with kids,” Wallace-Segall said.

She cited her Jewish upbringing as another influencer. Much of Writopia Lab’s structure was informed by her early years in Young Judaea, a year-round national program for Jewish youth in which she was very active. Wallace-Segall noted that many elements of Writopia Lab — like the peer-driven workshops, retreats and overnight camps — are much like those of the Zionist movement. “I didn’t consciously structure it that way, but my sense of the world was very much informed by Young Judaea,” she acknowledged.

In fact, Wallace-Segall’s Jewish roots are the reason that she founded Writopia Lab as a not-for-profit. “I was raised in a tikkun olam [repair the world] environment my whole life,” she recalled, explaining that social justice is a central value at the organization. Participants pay on a sliding scale: Roughly 20% of the families at Writopia Lab receive full financial aid, and no family has ever been turned away. “Profit has never been the central interest,” Wallace-Segall added.

“Most people want to know if there are benefits inside the classroom,” she said, before explaining that the organization speaks to young writers who haven’t found a place in their school community. She noted that on yearly surveys, parents contend that their children are happier and more confident than they were before joining. That’s partially because of the recognition many Writopia Lab students receive; according to their website, since 2007 Writopia writing has earned over 1,000 Scholastic Art & Writing Awards, two NYC Literary Honors from New York City Mayor Michael Bloomberg and several scholarships for high school seniors, among other accolades.

While many students experience such recognition, a Writopia Lab workshop also includes learning to deal with rejection.

“We tell our kids that winning publication doesn’t make you a writer; it’s the fact that you continue writing even if you don’t get the recognition you desire,” Wallace-Segall said.

The not-for-profit will tackle its next big project — an instructional book for teachers on the Writopia Lab method — in the coming months. Looking back on her decade at the organization, Wallace-Segall doesn’t seem to regret her directional change.

“I didn’t know I was missing anything,” she said. “This has filled me up in a way nothing has before.”