The Rest is Still Unwritten 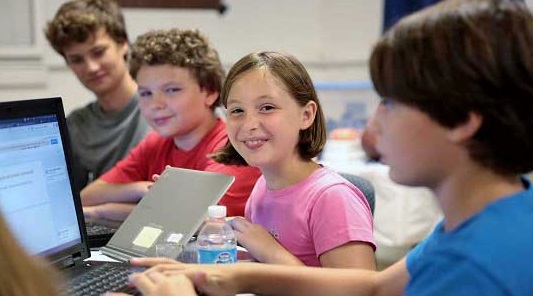 In hopes to benefit the future of young writers, acclaimed journalists and authors participate in enriching and engaging workshops with them.

Due to the current tumultuous political climate, those concerned for the future of this country are beginning to ask the question: who are the children of America going to become? What outlets are available to them so that they may truly carve their own path in life?

Enter Writopia Lab, a non-profit organization founded in New York City by journalist and educator Rebecca Wallace-Segall in April 2007. Since its fruition, creative writing workshops are offered to children, ranging from ages 6 to 8. The various programs offered by Writopia are taught by published authors and playwrights. The programs are directed towards children of all financial backgrounds. Writopia works to give all interested young writers a chance to explore their inner creator.

“We are helping these kids figure what they want,” Wallace-Segall said. “We are excited by their vision and intrigued by their perspective.”

Wallace-Segall began her life of writing as a journalist for The Manhattan Village Voice. During her 10 years at the publication, Wallace-Segall mainly focused on pieces exploring the experiences of diverse youth in New York City; she has published stories examining the lives of young people who left their traditional Hasidic culture and how the pressure of arranged marriages affects Indian youth in America.

In her last two years at The Voice, Wallace-Segall cultivated her interest in the culture and lives of young people by working in education. After running various writing workshops at schools in Manhattan, she was offered a full-time teaching job to run 10-week long programs.

“I was in local schools where kids were bored,” Wallace-Segall said. “After working with them and helping them find their creativity, many of these kids ended up winning scholastic awards. Kids who hated writing started loving it, and they began winning more and more regional and national awards.”

However, after the school came under new administration, the widely beloved program was threatened. Thankfully, many parents fought to keep it thriving, which led Wallace-Segall to take matters into her own hands — creating Writopia.

“I thought to myself, ‘If I’m going to continue this as a non-profit, I’m going to need some help,’” Wallace-Segall said. “Families began writing donations, Scholastic Awards promoted it and I never looked back. There is so much rewarding social impact that comes from running a non-profit.”

Although Writopia began in Manhattan, it is now a nationally participated organization. The philanthropic nature of many well-off New York City residents were the cornerstone of the organization’s development. One of Writopia’s biggest goals is to make enrollment in their programs as affordable and accessible as possible.

“In these groups kids communicate and say, ‘That’s interesting to me,’” Wallace-Segall said.

The camp, as well as other Writopia programs, offer financial aid to interested families that may not be able to pay the full participation fee. According to Wallace-Segall, the summer camp is the only time for many children from wealthier families to meet children their age from other backgrounds and walks of life.

“All instructors are trained with diverse backgrounds, we have kids of many races and backgrounds,” Wallace-Segall said. “With that in mind we also try to not have one kid from various backgrounds in one workshop. These kids offer insight to one another they otherwise wouldn’t get at home.”

“We do this for two reasons. One, we believe that literacy support and literary enrichment should be available to all children and teens and two, we witness every day that diverse groups inspire deeper thinking among the participants, broadening of worldview, a richer understanding of the human experience and therefore much better writing,” Wallace-Segall said.

New Paltz Mayor Tim Rogers is not only on the board for Writopia, but his two children, Rafi and Nina have an online Writopia account where they can write and share stories.

“Writopia was built organically by Rebecca and from day one she insisted that her program be fun for as many kids from as broad a cross-section as possible,” Rogers said. “She has stuck by her commitment to fun. Kids beam when they describe their Writopia experience.

According to Rafi and Nina, Writopia offers different writing choices or platforms with which to write.

Although Writopia programs affords participants shared life experiences, friendship and unforgettable creative experiences, children are able to develop confidence in their abilities as writers which can lead them to a richer, happier life.